The United Kingdom includes the island of Great Britain, the north-eastern part of the island of Ireland, and many smaller islands.

Northern Ireland is the only part of the United Kingdom that shares a land border with another sovereign state, the Republic of Ireland. Apart from this land border, the United Kingdom is surrounded by the Atlantic Ocean, with the North Sea to the east, the English Channel to the south and the Celtic Sea to the south-west, giving it the 12th-longest coastline in the world.

King of Watersports is a kitesurf shop, based in Poole, United Kingdom. 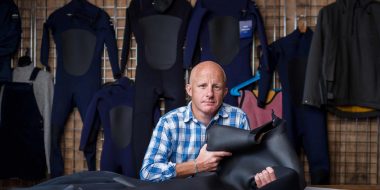 An estimated 380 tons of wetsuit waste are dumped every year. One company has ...