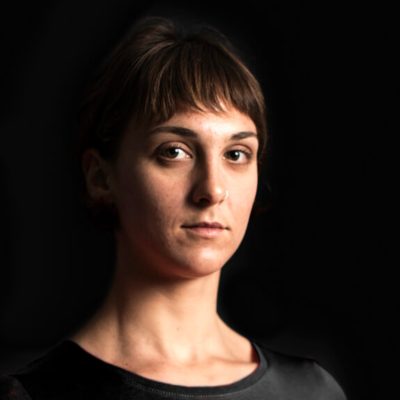 Having moved to Sicily, in September 2012 Francesca participated for the first time in the Italian championships in Frassinato, in the province of Lecce, being eliminated.

In June 2013 she became Italian champion in the freestyle category at the national championships held on the Salto Di Fondi beach in Terracina. In 2014 she won her second Italian title. Francesca also qualified second in the European Gizzeria championship.

In 2015 Francesca Bagnoli gets the third Italian title and also takes part in two races of the world tour, without exceeding the qualifications. In the same year, she won an official wakeboarding competition in Latina.

In 2016 in Sardinia she became the Italian champion for the fourth time while at the international level she took part in two events of the world circuit, reaching one step from the semi-finals at the Leucate Kiteboarding Grand Slam in France while she did not pass the preliminary rounds at the Pringles Kitesurf World Cup in Germany failed to overcome the preliminaries.

Francesca obtained the sixth Italian title in 2018. In September she takes part in the world championship, with the first stage in Turkey, where she ranks third. In the second stage of the World Championship in Dakhla in Morocco, Francesca ranks second in the Elite Women category. In the third and final stage of the World Championships in Brazil, she ranks once again in second place, earning herself the title of vice world champion 2018 in the general classification.

When traveling to the Caribbean it’s pretty easy to post up on the white sand beach with turquoise water, rum punch in hand. I mean that’s what everybody dreams of and Puerto Rico undeniably has its fair share on tap.