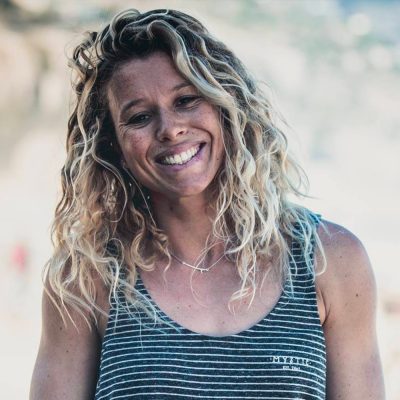 Jalou Langeree is a professional kitesurfer from Holland and op of the world in kitesurfing. She is current world champion wave riding and leads the ladies world-ranking list. Jalou is determined to be the best and stay the best. That’s her life. She started as a freestyle kitesurfer at the age of twelve. Winning many international titles have put Jalou on the top of a short list of world-class kitesurfers. In 2011 she got a kick out of riding the waves and started training for the KSP world tour. Her dedication to being the best in that discipline as well did pay off. She trained very intensely for almost a year before she allowed herself to attend the tour. She was immediately selected and became the best in the world for the first time! It illustrates the passion with which Jalou sports.

Jalou Langeree wants to inspire women to do sports

With that same passion she wants to inspire women to also perform sports, but foremost extreme sports. Jalou is ambitious. She now is at the very top and wants more. Being a world champion is just not enough. She first wants to improve herself to the utmost, but next to that she wants to be an example to other females in the world. She is a heroin in kitesurfing and loves to be on the water. But it still is a man’s world. It is her goal to inspire women to participate in these kinds of sports, but in any kind of sport for that matter. With that same dedication and determination with which she wins tournaments, Jalou is willing to show women to achieve something in life and go beyond their limits. Jalou: “I do all kinds of sports. Besides kitesurfing, I surf, stand up paddle and love to go for a run. I get a kick out of it and if I can persuade other women to also activate their bodies, they will be happy as well. For me standing still is going backward. That must be the same with them. Too busy, children, jobs, husbands or anything? No excuse! Start exercising. It will be rewarding.”

Opting to ride the Pivot and Skater, Jalou was feeling right at home in the onshore conditions at Point Danger in Torquay, Australia. The quick reaction of the Pivot allowed Jalou to make fast adjustments on the wave as well as provide superior low-end power in the onshore, light wind conditions.

This is the first story of Jalou Langeree’s new vlog about her day to day life, called “Jalou‘s stories”.