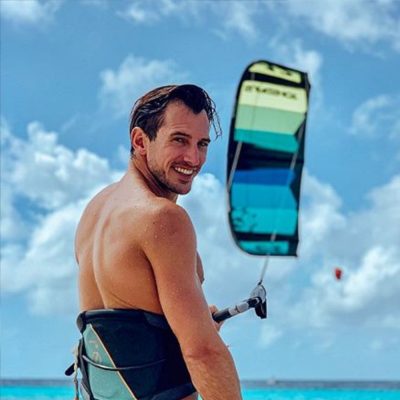 Youri Zoon is a Dutch professional kiteboarder living in a beach town called Ouddorp in the southwest of Holland. Ever since he was young, he was always super active, whether it was playing outside, climbing trees, jumping bikes, or building trees houses. At the age of 10, Youri started riding BMX and learned skateboarding. In these sports, he was already pushing himself to be the best.

When Youri was 12 years old, he started windsurfing and sailing. He found that extra dimension of wind and propulsion was something he missed in skateboarding. At13 years of age, Youri saw the first kiteboarders on the beach, it looked like the perfect combination of all the other sports already did. And when Youri turned 13, he started kiteboarding himself. Right from the beginning, it felt like everything he was looking for – Speed, tricks, and airtime.

Pushing himself to become the best kiteboarder

Since that moment, Youri has been pushing himself to become the best kiteboarder he can be, rewarding himself with 2 World titles, a European title, and a Dutch title. Youri’s job or better called his passion for kiteboarding, is bringing him all over the world – getting the opportunity to see new places and meet new people is a fantastic thing. Apart from all the traveling, Youri also gets to work with the best products and RDP team. Working on new innovations keeps Youri fresh, and helps him to think outside the box and promote the sport and himself to progress even further.

In the 3rd chapter of FORWARD, Youri Zoon is on a roll. 2012 is a successful season so far, but the battle with his biggest rival Alex Pastor is far from over.

In the second chapter of FORWARD, Youri Zoon is back on track and shows the local kinds in Cape Town that kiteboarding is fun.

In the first chapter of "FORWARD", Youri Zoon has to deal with the weight of the world championship.